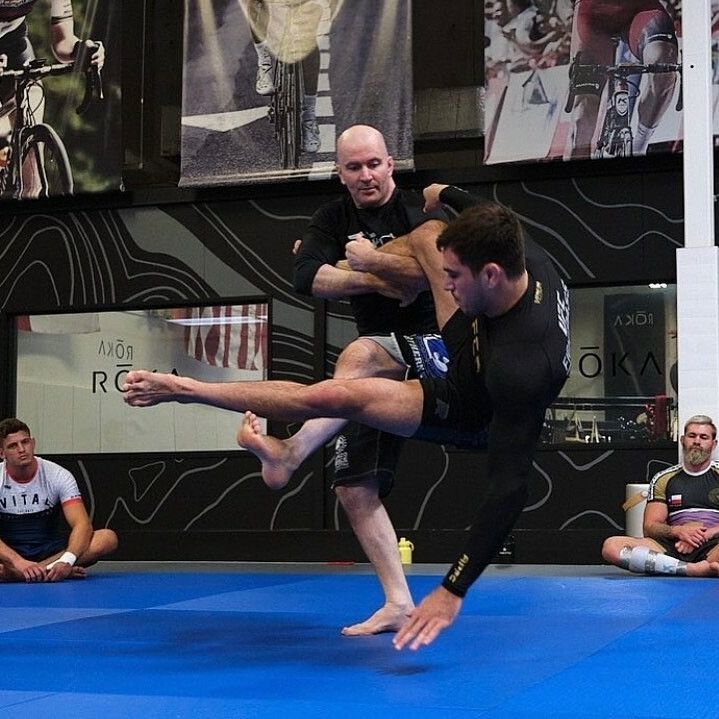 Double your success with takedowns: Many students of jiu jitsu see takedowns as a very separate area of study. Indeed, more than a few don’t study it at all because they don’t think it is necessary to success in our sport. This is very unfortunate. Even if you pulled guard at the start of every match your jiu jitsu game would STILL benefit immeasurably by learning takedowns. Takedowns have a great second function in Jiu jitsu as a means of reversing/sweeping opponents from guard position. They also chain together extremely well with classical jiu jitsu sweeps - when the sweep fails - follow with a takedown to finish and get the score. Jiu jitsu doesn’t require that you devote all your energy and training time to standing takedowns, the vast majority of points and submissions occur on the ground, but you should at least aspire to be COMPETENT in this area. It is sad to see athletes who are brilliant is most aspects of jiu jitsu but who cannot perform even rudimentary standing skills other than sitting to guard. Jiu jitsu is a sport whose founding game plan begins with taking conflict to the ground to assert greater control than is possible in standing position. Again, you don’t have to be a world beater in standing skills/takedowns, but you owe it to yourself to at least be competent. As noted earlier, it’ll make you better both on your feet and as a guard player with an entirely new toolbox 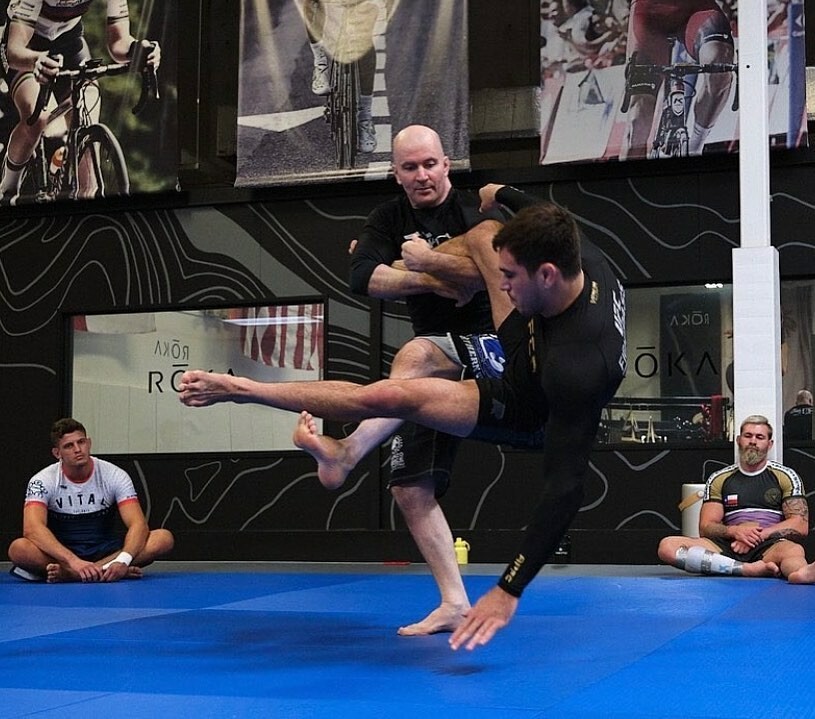