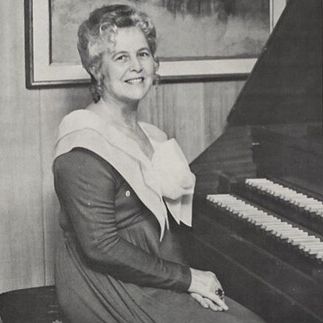 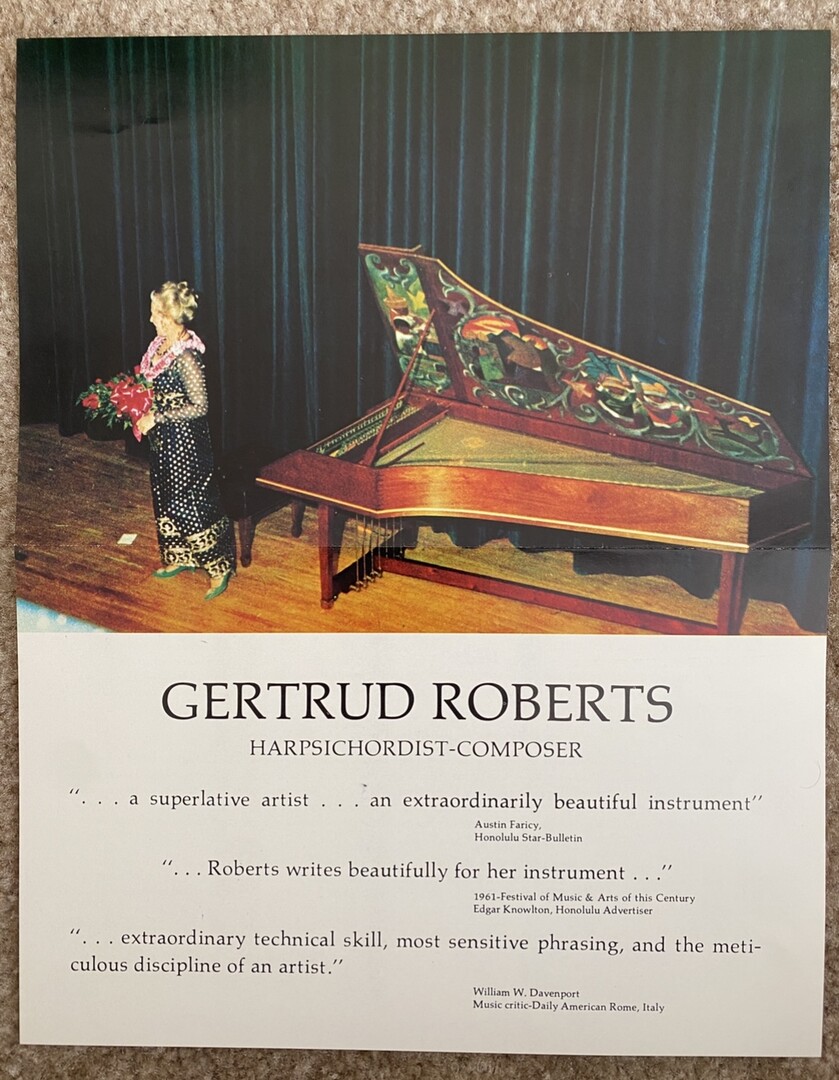 "...Roberts writes beautifully for her instrument..."

1961-Festival of Music & Arts of this Century

"... extraordinary technical skill, most sensitive phrasing, and the meticulous discipline of an artist." 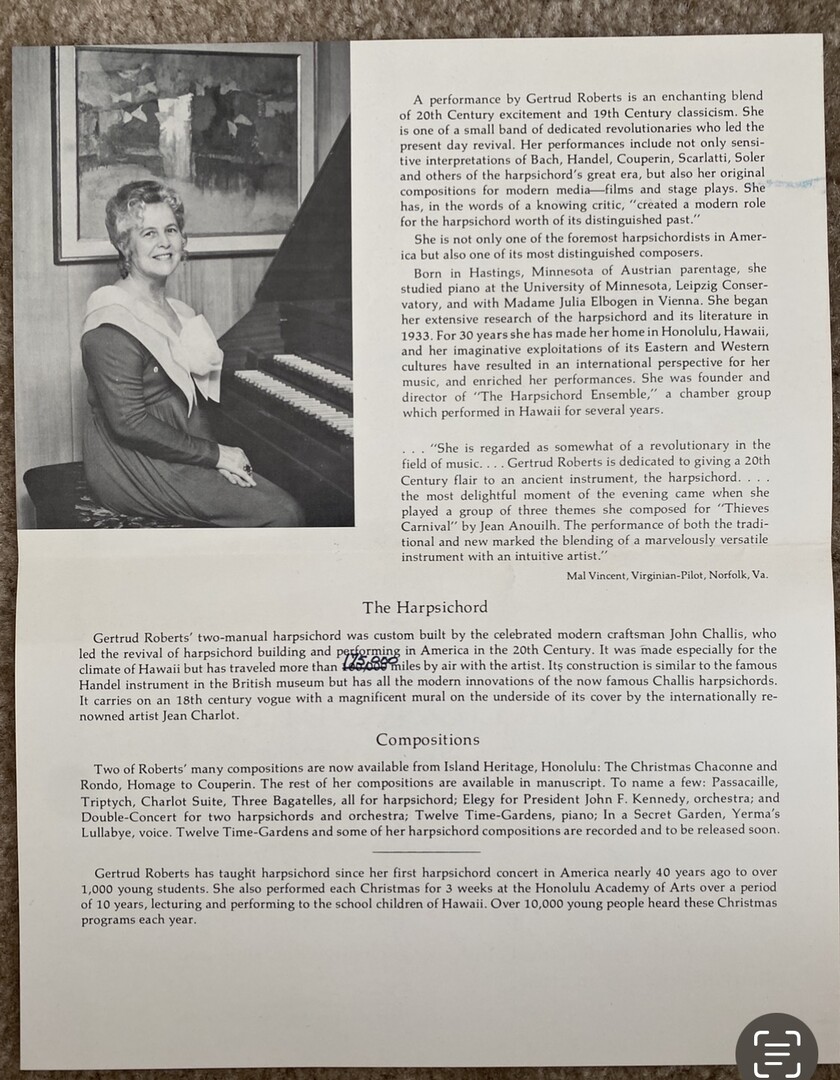 A performance by Gertrud Roberts is an enchanting blend

of 20th Century excitement and 19th Century classicism. She

present day revival. Her performances include not only sensi-

and others of the harpsichord's great era, but also her original

compositions for modern media_-films and stage plays. She

has, in the words of a knowing critic, "created a modern role

for the harpsichord worth of its distinguished past."

She is not only one of the foremost harpsichordists in Amer-

ica but also one of its most distinguished composers.

Born in Hastings, Minnesota of Austrian parentage, she

studied piano at the University of Minnesota, Leipzig Conser-

vatory, and with Madame Julia Elbogen in Vienna. She began

her extensive research of the harpsichord and its literature in

and her imaginative exploitations of its Eastern and Western

cultures have resulted in an international perspective for her

music, and enriched her performances. She was founder and

director of "The Harpsichord Ensemble," a chamber group

which performed in Hawaii for several years.

... "She is regarded as somewhat of a revolutionary in the

field of music. ... Gertrud Roberts is dedicated to giving a 20th

Century flair to an ancient instrument, the harpsichord.

the most delightful moment of the evening came when she

played a group of three themes she composed for "Thieves

Carnival" by Jean Anouilh. The performance of both the tradi-

tional and new marked the blending of a marvelously versatile

instrument with an intuitive artist."

Gertrud Roberts' two-manual harpsichord was custom built by the celebrated modern craftsman John Challis, who led the revival of harpsichord building and performing in America in the 20th Century. It was made especially for the

climate of Hawaii but has traveled more than 100,000 (corrected to 175,000) miles by air with the artist. It construction is similar to the famous Handel instrument in the British museum but has all the modern innovations of the now famous Challis harpsichords. It carries on an 18th century vogue with a magnificent mural on the underside of its cover by the internationally re-

Gertrud Roberts has taught harpsichord since her first harpsichord concert in America nearly 40 years ago to over 1,000 young students. She also performed each Christmas for 3 weeks at the Honolulu Academy of Arts over a period of 10 years, lecturing and performing to the school children of Hawaii. Over 10,000 young people heard these Christmas programs each year. 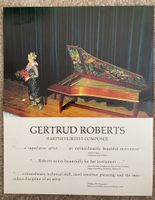 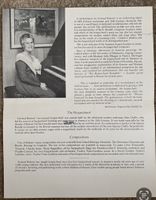 A lot of articles about Gertrud Roberts were published in Honolulu star-bulletin (this newspaper does not exist anymore... 1912 -2010)

The archive is here 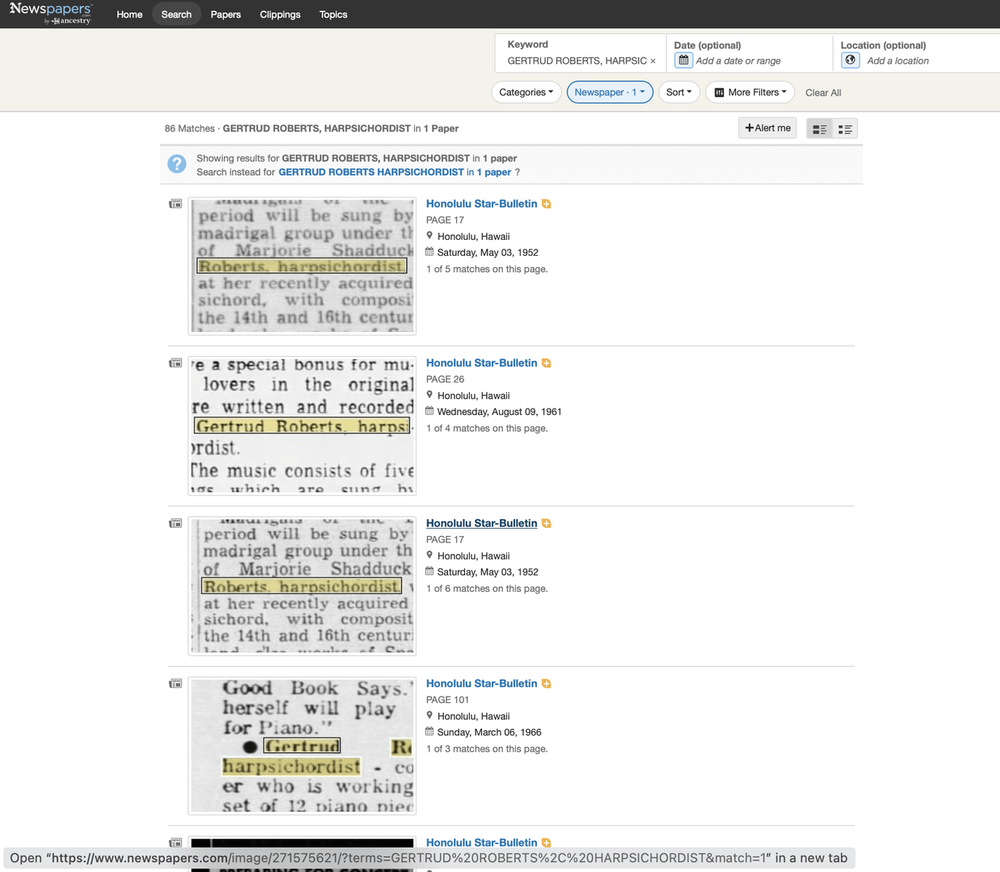 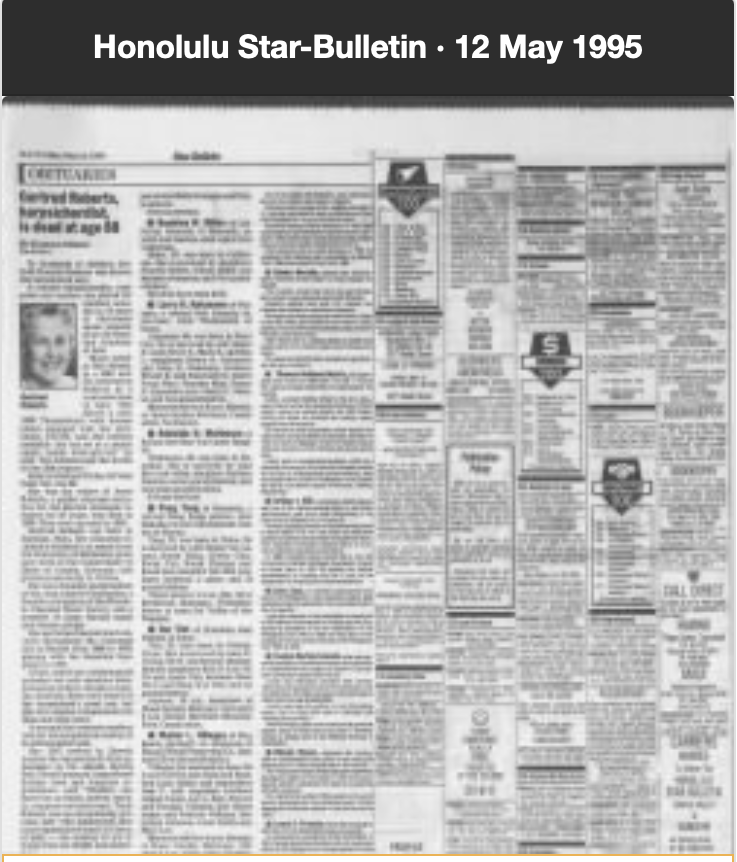