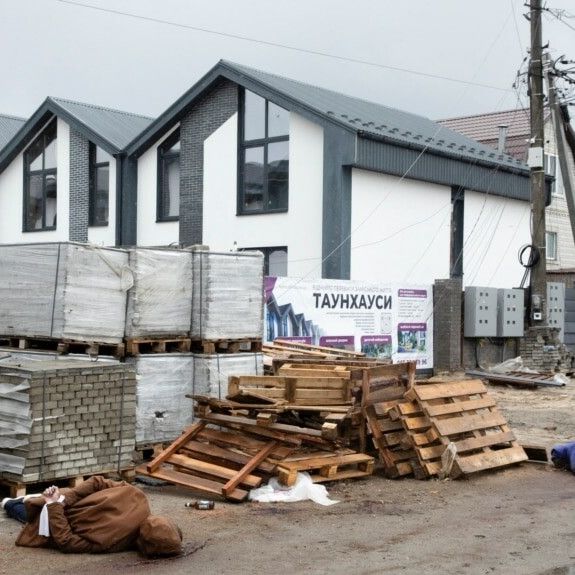 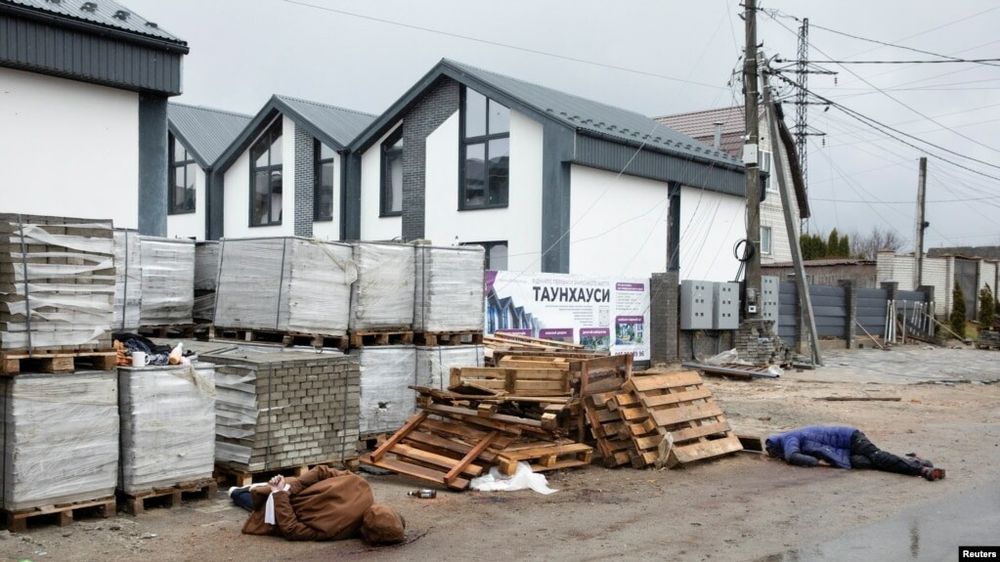 KYIV -- Ukrainian and world leaders expressed horror and outrage after scenes of civilian deaths and mass executions emerged from the once-quiet town of Bucha following its occupation by Russian forces, raising accusations of atrocities and war crimes committed by Kremlin troops.

An angry Ukrainian President Volodymyr Zelenskiy lashed out on April 3, accusing Russian forces of committing “genocide” in the town and told Kremlin leaders they should come to Bucha to see what their military had done.

"I want all the leaders of the Russian Federation to see how their orders are being fulfilled," Zelenskiy said in a video address, switching from Ukrainian to Russian.

"These kinds of orders. This kind of fulfillment. And there is a common responsibility. For these killings, for this torture, for arms blown off by blasts... for the shots in the back of the head," he said.

He said that Russian President Vladimir Putin and the Russian military must be held responsible for the actions of the country's troops in Ukraine.

"When we find people with their hands tied behind their backs and beheaded, I don't understand," he said of the scenes of victims strewn on the streets of Bucha.

More videos and photographs emerged of the deadly aftermath of the Russian occupation of the town, about 35 kilometers northwest of the capital, Kyiv.

AP journalists saw the bodies of at least 21 people in various spots around Bucha. The bodies of one group of nine people -- all in civilian clothes -- were scattered on the ground near a site that local residents said Russian forces had used as a base. The victims appeared to have been killed at close range.

At least two of them had their hands tied behind their backs and one was shot in the head, AP said.

AFP and Reuters were among Western news agencies that reported seeing people dead and bound on the streets of Bucha and nearby.

Ukraine's prosecutor-general, Iryna Venedyktova, said on April 3 that the bodies of 410 civilians had been removed from towns in the Kyiv area after Ukrainian troops retook them from Russian forces.

Venedyktova said the cases would be used as part of an investigation into alleged war crimes after prosecutors were able to enter the area for the first time on April 3 following the Russian retreat.

The mayor of Bucha said 300 residents had been killed in the town by Russian forces while Chechen fighters controlled the area.

Zelenskiy said he had created a “special mechanism” to investigate alleged Russian crimes in Ukraine.

The Russian Defense Ministry issued a statement on April 3 denying that its forces were involved in civilian killings in Bucha and claimed without evidence that the scenes had been “staged” by Kyiv for the media.

Western leaders expressed horror as they condemned the images coming out of Bucha, near Irpin, and elsewhere in Ukraine since the unprovoked invasion by Russian forces that started on February 24.

On Twitter, the U.S. Embassy in Ukraine wrote: "The images coming out of Bucha and other areas abandoned by Putin’s forces are horrific. The U.S. government is committed to pursuing accountability using every tool available. We cannot stand quiet, the world needs to know what happened, and we all must act."

British Prime Minister Boris Johnson said that "Russia's despicable attacks against innocent civilians in Irpin and Bucha are yet more evidence that Putin and his army are committing war crimes in Ukraine."

"I will do everything in my power to starve Putin’s war machine,” Johnson said, adding that Britain will step up its sanctions against Moscow and its military support for Kyiv.

Polish Prime Minister Mateusz Morawiecki wrote on Facebook that the European Union must impose stronger sanctions on Moscow and supply Kyiv with more arms. He called on an international panel to investigate the killings in Bucha.

"The crimes Russia has committed on close to 300 inhabitants of Bucha and other towns outside Kyiv must be called acts of genocide and be dealt with as such," Morawiecki said.

United Nations chief Antonio Guterres said he was "deeply shocked by the images of civilians killed in Bucha."

"It is essential that an independent investigation leads to effective accountability," he added in a statement.

German Chancellor Olaf Scholz said his country will draw up new sanctions with allies against Moscow over the "war crimes" committed by Russian troops in Bucha.

"The murder of civilians is a war crime, and we must relentlessly investigate these crimes committed by the Russian armed forces," he said. "In the coming days, we will decide with our circle of allies on further measures. President Putin and his supporters will feel the consequences."

Russia forces, having faced tougher-than-expected Ukrainian resistance near Kyiv, have retreated to areas to the north and east of the capital.

Some experts doubt that the troops have withdrawn but suspect they are repositioning to focus their attacks on the east of Ukraine, where separatists have held territory since 2014.

Elsewhere on April 3, while Kyiv was relatively quiet, Ukrainian authorities reported a Russian attack on a hospital in the eastern town of Rubizhne, killing one person and injuring three.

In the south, one person was killed and 14 were injured after a Russian strike on the city of Mykolayiv, Governor Vitaliy Kim said on Telegram.

The reports could not immediately be independently confirmed.

With reporting by AFP, Reuters, AP, and dpa