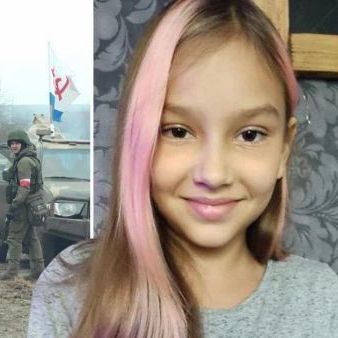 Basic Information
Schoolgirl shot to death by Russian saboteurs alongside mum and dad in Ukraine
https://metro.co.uk 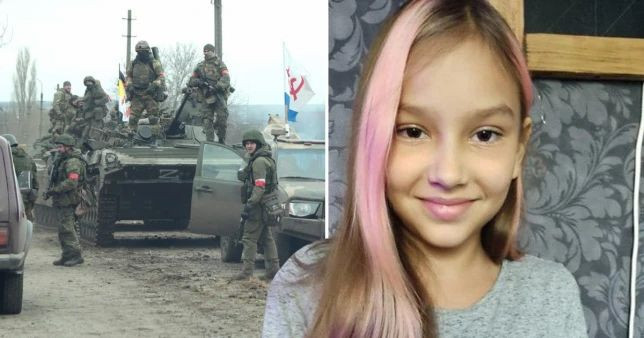 This is the first picture of a schoolgirl shot to death by Russian saboteurs in Ukraine.

Polina, believed to be around nine or 10 years old, is one of 14 children to be killed since Vladimir Putin gave the order for the onslaught.

The young girl, who was in the fourth grade at a primary school in Kyiv, had her whole life ahead of her when troops advanced last Thursday.

Alongside her mum and dad, she died when a Russian sabotage and reconnaissance group opened fire on the family car.

Her siblings have been left injured and without parents following the attack on a street in the north-west of the capital city.

Her brother is receiving treatment at Okhmatdyt children’s hospital while her sister is in intensive care at a second hospital, the city’s deputy mayor Volodymyr Bondarenko said.

A total of 352 civilians have died, while 1,684 people, including 116 children, have been wounded, an update from Ukraine’s health ministry on Sunday said.

Many victims remain unnamed but the stories of the people we know about are just as gut-wrenching as Polina’s. 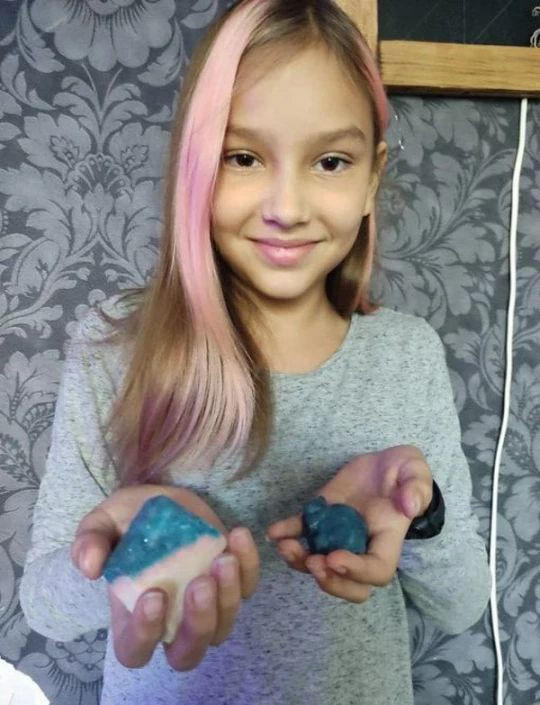 The young girl was in fourth grade (Picture: Volodymyr Bondarenko/Facebook)

Alisa Hlans, 7, was killed along with six others when her kindergarten was hit in Okhtyrka on Friday.

Prosecutor General Irina Venediktova announced the heartbreaking news on social media. She said doctors were fighting to save a second child, adding: ‘we need peace’. 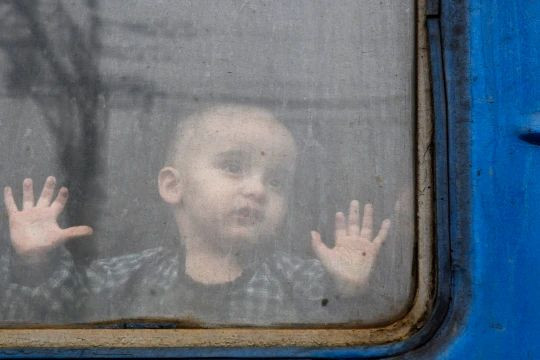 A child watches from a train carriage waiting to leave for western Ukraine at the railway station in Kramatorsk (Picture: AP)

Another devastating incident saw five members of the same family killed in southern Ukraine on the first day of the war, as Russian troops pushed towards Kherson from Crimea.

It comes as some 500,000 people flee Ukraine to neighbouring countries – with as many as seven million expected to be displaced.

But the move has been labelled as a ‘distraction’ by the UK defence secretary. 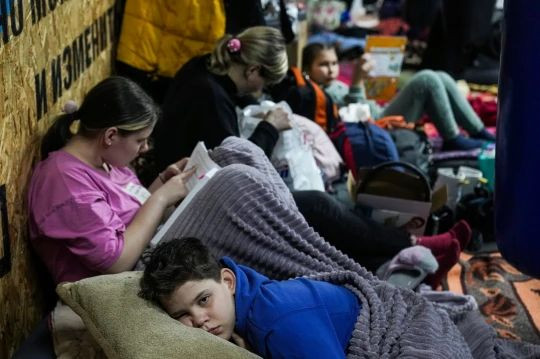 People on the floor of an improvised bomb shelter in a sports center in Mariupol, Ukraine (Picture: AP) 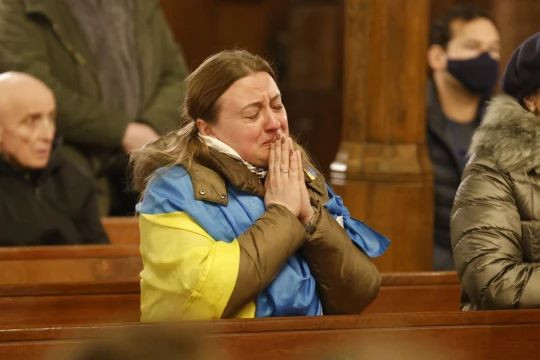 A woman prays as Prime Minister Boris Johnson makes a speech to members of the Ukrainian community at the Ukrainian Catholic Eparchy of Holy Family of London (Picture: PA)

Ben Wallace told Sky News: ‘It doesn’t link to anything specific in their readiness structures of their forces.

‘It is a big attempt to distract away from his troubles in Ukraine by just deploying into the media space these phrases.’

Talks between Russian and Ukrainian diplomats are taking place today.

But President Volodymyr Zelenskiy is not hopeful of success, as it’s believed Putin only wants to be perceived as pursuing a diplomatic solution.

Get in touch with our news team by emailing us at webnews@metro.co.uk.